Lost in the Supermarket: Retail and the Sustainability Challenge 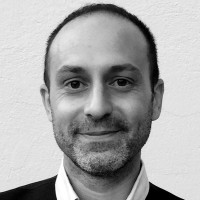 The retail sector wants to change. It is a need dictated by the times, from macroeconomic and political scenarios to factors related to the ecological transition. Retail is increasingly a space of interaction, anthropological as it communicates with local territories and cultures, close to the customer in both a physical and virtual declination.
The issue of climate change is bringing new currents of thought among the shelves of large-scale retailers: most people say they are willing to rethink their priorities, especially after a summer of drought and heat like the one we are experiencing. But to accelerate the perception of the need for a paradigm shift, we see primarily issues related to commodity price increases. Global supply chains challenged by speculative or war-like dynamics, bring about a sudden reflection on reducing waste generation and finding circular dynamics to value any surplus. There is no longer just talk of donating unsold goods, but energy generation takes center stage. Energy efficiency of stores, reduction of packaging and plastics, better waste management, optimization of logistics, the health of humanity in relation to that of ecosystems (One Health), reduction of waste and climate-changing gases used in refrigeration, are some of the topics placed on the shelf.

An Economy of Knowledge

A basket of information that aims to make the consumer adept at recognizing the sustainability of products, to make them think about the right to the durability of products, their repair, possible reuse, final valorization, because a sustainable economy can only be an economy of knowledge.
Retail will have to succeed in the coming years in becoming a metaphor for humanity's coexistence with the planet, only then will it be able to acquire a personality that at the moment is not so particularly distinct. To date, a good part of the retail world is characterized by aggressive buyers interested in snatching the lowest price, hard discounters, aggressive communication, supernumerary stores, relocation from historic centers to the suburbs, and superficial attention to sustainability.

The Retail’s Revolution and the Supermarket of the Future

This issue of Renewable Matter has been written for both the world of producers and consumers, but especially for the retailers, to try to understand what realities are at work, what are the most common mistakes, and who are the growing number of names who want to tell the story of their ecological transition. In Cinzia Scaffidi's two articles, we see how the topic of sustainability has come of age in the food sector, but also the conditions in which supermarkets are operating. With Giorgia Marino, we explore what the circular supermarket of the future will look like, from smart management to the topic of Deposit Return Systems and food waste management. We also touch on the issue of waste in catering with Simone Fant and go deep on the issue of pricing with Antonella Totaro, who like every issue depicts four startups that are revolutionizing the food sector. A very long roundup of case studies that tell the many examples of circular economy in every area of food. Accompanying the issue are two great interviews to understand global scenarios related to food market imbalances, from Raj Patel's inflammation to the food crises caused by conflict and climate change recounted by FAO economist Mario Zappacosta.
An issue to be savored at length and reflected upon. Food is the foundation of our economy. Without changing distribution and retail policies, the sector's regeneration goals cannot be met. The danger is to end up having a truly unpalatable dinner.

Download and read the Renewable Matter issue #41 on Food Market.