A system to be rethought in style 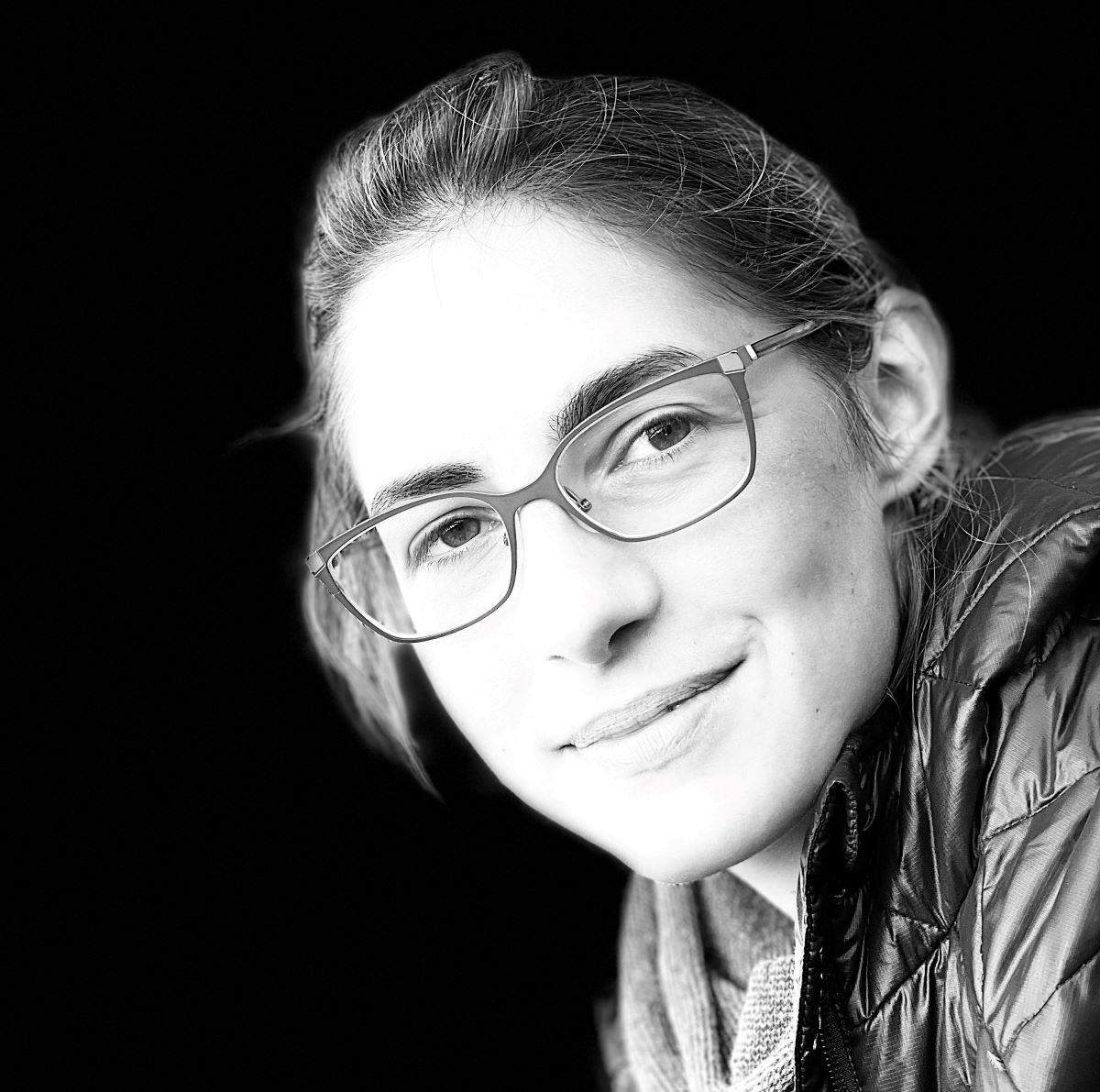 As well as being a country with great designers and couture, Italy has always been the homeland of artisans and companies that can bring to life the ideas and visions of the most prestigious fashion houses, with meticulous care for the quality of materials and the durability of fabrics, leathers, and wools. However, this sector failed to foresee the ecological (and cultural) transition, and thus now faces a momentous transformation. The risks are real: the maîtres à penser of the fashion system risk being overtaken by new, young faces who design and create clothes in a circular way, while the world of textile, fabric, leather, and accessory manufacturing needs to quickly overhaul its production processes.
We talked about this with Sergio Tamborini, CEO of Ratti and the new president of Sistema Moda Italia, one of the largest associations of textiles and fashion industrialists in the Western world. The federation represents a sector that, with just shy of 400,000 employees and almost 50,000 companies, makes up a key component of the Italian economic and manufacturing landscape. 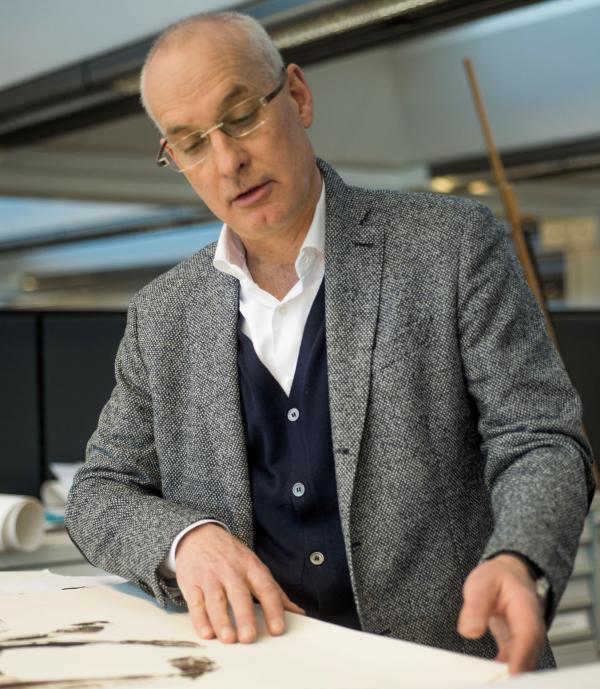 What trends do you see at the global level as Sistema Moda Italia?
There is an ongoing realisation regarding the problem of the scarcity of raw materials and the impact that the fashion sector has on resources and the environment. The textile supply chain is complex and difficult to change because it employs approximately one in six of the world’s workers. This is a huge workforce. The main problem relates to the phenomenon of fast fashion, which in recent years has spread at a worrying, schizophrenic speed. The amount of garments produced is outsized compared to the world’s population: we produce 180 billion items of clothing per year, for a population of 7 billion people. We live in a world in which it is easier and cheaper to buy a new item of clothing rather than repair an old one.
Rethinking the lifespan of products is needed, from a functional, not just an aesthetic point of view. What we are seeing today is still not a total, structural change, but it’s a mindset change. From this perspective, there are early signs in the direction of circular use of resources, toward the creation of standards, such as EPR (Extended Producer Responsibility), that allow the activation of alternative supply chains to those that only use raw materials for production.

What initiatives of this kind already exist in Italy?
In September 2020, a legislative decree moved us a step forward by creating consortiums based on extended producer responsibility. The law was set to come into effect in January 2022, despite conditions not currently being ripe for enacting the transition. It is reasonable to think that textile EPR will come into play by the end of 2022, during 2023 at the latest. It would be preferable for the consortiums to be managed by the manufacturers themselves, and not by waste collectors. And it is similarly important that a circular approach is applied to them: firstly, I, as a producer, will try not to create waste, secondly I will reuse products, thirdly I will recycle them, and fourthly I will send them to a waste-to-energy plant. The last resort, of course, is for the products to end up in a landfill.

Which companies will benefit most from EPR?
At this point, it is difficult to determine which companies will gain the most advantage. The approach should lead to the creation of a certain amount of compulsory consortiums and to asking the producers to commit to paying a contribution for what they put on the market. This contribution will be paid based on product weight, but also change in relation to their types (the extraction of secondary raw materials from a jumper is a different process than from a coat). By setting up collection and sorting plants for products and activating the recycling supply chain would generate the materials to be restored to workable status. This does not necessarily need to happen vertically within the textile supply chain; the recovered materials can also be deployed in other sectors. For example, products whose raw materials have low starting value, such as cotton or polyester, can be redeployed in alternate supply chains, mixed with other elements. Conversely, it would be better to keep silk, wool, and cashmere, which have much higher unit values, within the same supply chain. Thus, a completely different economy is born, while at the same time generating the need for research in much more widely branching directions, such as product engineering.

Which sectors should be included, and which would be better left out?
As Sistema Moda Italia, we sponsor a model through which companies that put products on the market are required to pay a contribution. We are aiming to activate a transparent consortium by the end of January, the aim of which is to bring together producers who can already manage product recycling in-house. We will promote waste prevention activities as we do in our company, Ratti, where we recycle windbreakers. This is a re-waterproofing project, which involves the elimination of PFCs from the treatment, refurbishing the jacket after a certain amount of time and thus avoiding the disposal of materials in the environment. In practice, we will attempt to promote the mechanism by which the consortium handles product recycling and carries out research and innovation activities, while the companies who put products on the market pay to support the waste collection and research. In terms of waste collection, we will try to get traders and retailers involved; we have already secured a collaboration with Federdistribuzione (Italy’s distributor federation, ed.). Waste sorting will also play a vital role, which involves points of sale but also aims to extend by restoring clothes collection bins in public spaces.

What trends can you identify in the innovative materials sector, such as biomaterials or the return of hemp?
I would like to clarify the fact that sustainability and recycling are not synonymous, and they are actually concepts that cannot always be linked. Recycling can require the use of so much energy that, in reality, it can be completely unsustainable. For example, re-transforming polyester mesh of any colour into a white material requires large amounts of high-temperature water and the use of very damaging chemicals in the process. Subsequent re-dyeing of this material requires twice the amount of time and dye. Thus, the sustainability of this process is questionable. This trend should leave space for measurement standards, which are still currently being defined, but which aim to establish the Product Environmental Footprint (PEF).
Here a conflict of interest between the manufacturers of synthetic fibres and producers of natural fibres comes into play. Companies like Nike, H&M and Adidas highlight as a positive note the traceability of materials for the creation of synthetic garments: we know where the barrel of oil comes from, how it is processed, how much fuel is needed for transport, and so on. What may not be considered, however, is that nylon and polyester release microplastics into the environment even once the production process has come to an end. Defining the ecological footprint of a kilogram of wool from a sheep farm in Australia or Patagonia, meanwhile, is much more complex, although its impact is lower. Despite the difficulties in creating these metrics, PEF is an important tool. We must acknowledge the fact that it will not be perfect and will need to be changed, but it is certainly a first step in creating true systemic change.

What sense of sustainable fashion does the average European consumer have?
Today we can divide consumers into two large blocks: consumers with a new approach, attentive to issues relating to product sustainability, and older generation consumers who are less conscious and less interested in the topic. Naturally, this differentiation is also a cultural issue. Today we are prompted to buy a new garment instead of repairing an old one, because it is cheaper and because the market is based on the consumption of new products that we are presented very regularly. However, it is mostly over-40s who are used to this way of thinking, seeing the ownership of a new item of clothing as a status symbol, like a car. I believe that a different approach is spreading among young people, founded on reusing second-hand clothes or making clothes last longer. And a willingness to rent clothes is also taking hold, having previously been limited exclusively to tuxedos and ski boots.

One last question: with regards to sustainability, it is also starting to be discussed in terms of style. For example, research on Europe’s New Bauhaus aims to understand how we should dress in a world where people cycle more, where houses are kept cooler to minimise emissions, and where we spend more time outdoors. Are Italian designers starting to think about this, so that they can make the most of the current cultural shift?
Today, the rules of dress and elegance are undoubtedly changing. Covid, from this perspective, has been a great accelerator toward a paradigm shift and a more comfortable way of dressing. The traditional outfit of Western men – suit, shirt, tie, belt, and leather shoes – is being replaced by more comfortable and versatile clothing. And once a certain level of comfort has been reached, it is hard to go back. Today we should start thinking about making certain elements of our wardrobes heavier and more robust because we will be travelling more on foot, by bike, or on public transport, and will generally spend more time outdoors. From this perspective, the upkeep of a piece of clothing will become an important aspect that the entire supply chain will have to adapt to. The transition will allow us to eliminate certain products, reduce certain overpackaged niches, and get used to completely different modes of consumption.

Download and read the Renewable Matter issue #39 on Circular Fashion