Why Every Roof in Japan Could Have Solar Panels Soon 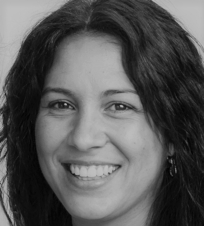 In line with their ambitious 2030 emissions reduction goal, Japan seeks to expand its national solar power generation capacity. By doing this, the densely populated nation may soon see every house, building, farm, and parking lot fitted with rooftop solar panels.

The Japanese Ministry of Environment and Trade has recently released a statement showing that they aim to generate 108 gigawatts of solar power by 2030 ⁠— which is at least 1.7 times bigger than the country’s earlier target. In addition, Japan has also said earlier this year that they plan on reducing greenhouse gas emissions by 46% come 2030, due in part to their current commitments under the Paris Agreement.
The country’s dedication to being more dependent on solar power is extremely commendable, considering how they’re already a world leader when it comes to solar generation capacity. In fact the World Economic Forum reports that many of the country’s inland lakes and reservoirs are now home to 74 of the world's 100 biggest floating solar panels ⁠— all of which account for at least 123 megawatts of solar capacity for the country.

When the land is limited, rooftops are the solution

However, the land for adding large-scale projects in Japan is limited. For this reason, the country’s current goal is to now add distributed solar power generation, which can be done by placing small solar panels on top of buildings and farms. Through distributed generation, the generated electricity will be used on-site, instead of transmitting energy over an electric grid from a large, centralized, solar power facility. Hoymiles (a solar storage producer) also highlights how solar panels can help property owners achieve energy independence and have more control over their power. This may encourage more people in Japan to install solar panels on the roof of their homes (or properties), despite the initial costs.

The rise of solar energy and the fall of nuclear power

In addition, the country’s 2030 solar goals will also employ the following strategies: adding 6 gigawatts by installing solar panels on 50% of central government and municipality buildings; adding 4 gigawatts by utilizing promotion areas and public land in more than 1,000 cities and towns; adding 10 gigawatts by increasing the use of solar on parking garages and corporate buildings.
Aside from their efforts to attain their 2030 emissions reductions goal, Japan’s focus on solar power is also due in part to the ballooning costs of nuclear safety measures. According to The Japan Times, solar power will overtake nuclear power as the cheapest source of energy in 2030. The cost of generating nuclear power is estimated to rise by 10% from its previous estimate in 2015, while the cost of solar power is expected to drop as more adopt solar technology due to decarbonization measures.
As Japan moves towards becoming a more sustainable country, we’ll soon see the roofs of individual homes and buildings to be covered with solar panels.

How to develop a textile recycling industry in Europe: Euratex's plan

How fashion brands can ensure a more sustainable supply chain