This is how the circular economy can help stop biodiversity loss 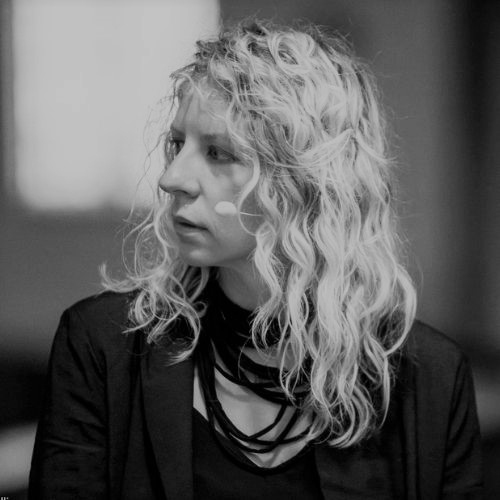 In recent years there has been increasing talk of the climate crisis, and despite the importance of the debate, this is overshadowing a phenomenon that, if possible, is even more alarming: the loss of biodiversity. Here, as well, the science speaks for itself: the rate at which species are becoming extinct cannot be explained as a natural phenomenon on a geological scale, but can be traced to five human-caused factors, namely pollution, climate change, the spread of invasive alien species, over-exploitation, and changes in land and sea use. The risk we are concretely running is that we will find ourselves living in a world dotted with only a handful of generalist species. And that is a threat to everyone. Humankind included.
This is reiterated by the United Nations 2030 Agenda itself of which as many as 14 out of the 17 sustainable millennium goals are in some way related to the existence of healthy biodiversity. However, despite the fact that biodiversity loss ranks fifth on the list of major risks to the world economy, almost ironically the very goals that are in some way related to nature are still far from being achieved. A situation that undermines the entire spectrum of the document that is supposed to guide the construction of a new development model, as evidenced by the fact that 80 percent of the goals related to eradicating hunger and poverty, health for all populations, access to clean water, building resilient cities, and protecting the ocean and land are still far from being achieved, with cascading effects on goals related to peace, justice, and building a strong international community.

Today, however, we have an extra ally: the circular economy. This is according to a report released on May 18th and edited by Sitra, an investment fund directly linked to the Finnish Parliament and engaged in cross-cutting research aimed at building an innovative and sustainable future.
According to the new study, titled “Tackling root causes – Halting biodiversity loss through the circular economy,” by redefining our model of production, consumption, and resource management, the circular economy could in fact enable us to halt biodiversity loss and restore it to pre-2000 levels and by 2035.
Sitra's is the first study in the world to relate the benefits of the circular model to biodiversity, highlighting how decoupling economic development from resource consumption enables environmental benefits and a wide range of opportunities for governments, businesses and consumers. The quantitative research focuses on the impact of the circular model in four specific sectors: agribusiness, construction, fashion and forestry. All sectors that, on closer inspection, are at the heart of the European Green Deal itself, which defines the pillars of community action to bring about a Europe that is sustainable, equitable, competitive and efficient for both people and the Planet.

In analyzing the relationship between food, agriculture, and biodiversity, the report points out that reducing pollution and waste throughout the production chain, and choosing alternative forms of protein over meat, will result in widespread benefits, such as a reduction in methane emissions by up to 90% by 2050, and a 50% decrease in food waste per capita with direct effects on forests. More than one-third of the earth's land area, and nearly 75 percent of freshwater resources, are in fact currently used for agriculture and livestock, sectors that have contributed to land degradation by reducing its productive capacity by 23 percent.
Added to this is the phenomenon of deforestation, considering that the current agricultural model, in conjunction with increasing urbanization, has contributed to an overall reduction of 290 million hectares of native forest cover globally. In practice, the transition to a circular economy in the agribusiness sector will allow all the food humanity needs to be produced. And it will do so using a much smaller agricultural area than is currently the case, thus allowing nature the space and time to regenerate. Decreasing and halting deforestation will also require working on the life cycle of products and their reuse, thus decreasing the demand for woody materials, which, in any case, will have to come from sustainably managed forests.
Through recycling, reuse, lending and sharing of products and materials, the circular economy will eventually have to lead the construction and fashion sectors, both of which are directly linked to land degradation, conversion of natural ecosystems and pollution of waterways as well as the emission of climate-changing gases. The ultimate goal, in this case too, will be to enhance the economic life cycle by generating new value.
The good news, as is often the case and repeated in recent times, is that we know the solutions and have the tools to put them into practice. Moreover, the circular economy has an advantage: it is a widely debated concept with well-known benefits. We just need to find the will to integrate it into all decision-making processes and strategies globally.