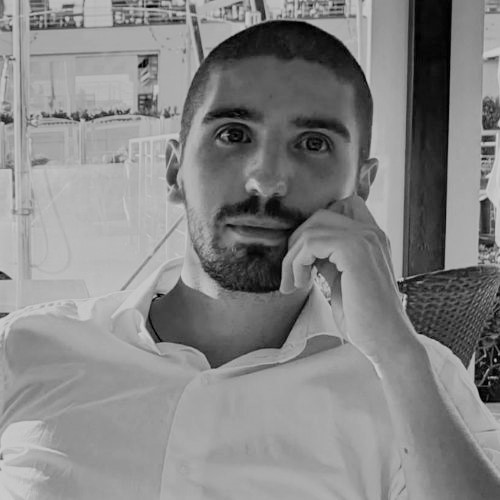 Mitigation and adaptation to climate change are pushing States such as the Netherlands to equip themselves with actual water diplomacy. Blue gold is thus becoming a precious factor connecting international relations. But what is a “water ambassador’s” mission?

Fresh water scarcity is one of the 21st-century open challenges. According to the World Economic Forum’s 2020 Global Risks Report, there is indeed a “high impact risk deriving from a significant drop in the quality and quantity of available fresh water, with harmful effects on human health and economic activity.” Meanwhile – while climate change has an impact on the hydrosphere and global population and consumption increase contribute to water stress – competition for such resource is on the rise and conflicts and overexploitation are tagging along. To tackle such challenges at the international level, new professional figures linked to water diplomacy are emerging. Renewable Matter interviewed Dennis Van Peppen, Deputy Special Envoy for International Water Affairs of the Netherlands’ government. 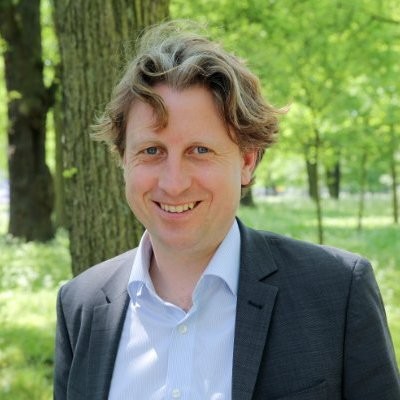 You are holding a very special office as Deputy ambassador for water. Why did the Netherlands’ government deem it important to create a figure such as that of Special Envoy for International Water Affairs?
For the Netherlands, water is a key issue, not just at the diplomatic level. Our country is essentially a large delta, so sea level rise is a pressing issue worth special attention. The port of Rotterdam, our airports and the largest economic centres are all located in areas prone to flooding. This forces us to heavily invest in water management, both to keep our feet dry and to guarantee us a sufficient water supply. Such abilities have been in our DNA for centuries and we have a lot to offer. This is why it is important to have an envoy able to connect with the world to find the best way to share knowledge. After all, we are only a small country and European affairs are becoming increasingly central to us. Within international relations, agriculture and water are two sectors where we stand out and where we can make a difference. They are both linked to the issue of food security; this is why we put so much emphasis on them. Our position allows us to involve other States around the theme of water, which we will effectively do next year, by organising a large conference on water at the United Nations.

The existence of a foreign policy linked to water shows how such resource is a key connecting factor. How can water diplomacy be useful for resolving issues such as scarcity and security
Water resources are increasingly becoming a source of disputes, a choke point. Suffice it to think of the extreme water shortage and the ensuing rationing announced in Santiago, Chile, on the 11th of April 2022, or water centrality in the conflict between Israelis and Palestinians. We do not even realise in South-East Asia, tension is running high between Vietnam, China, and Thailand about issues of exploitation, upstream and downstream, of the Mekong River. Such news is not always broadcast. The need to act is becoming more and more imperative, but stepping in is complicated. In terms of governance, water has a tendency to trickle down to various sectors, ministries and authorities, very different to each other. This is why stakeholders fight over the control of the resource. A sense of direction and leadership is lacking. Therefore, it is important to find diplomatic measures at local, regional, national, and international levels. The aim is to get all stakeholders to sit at the same table. In short, before talking about solutions we need to understand each other’s perspectives.

The coming months will be crucial for talks between Ethiopia, Egypt and Sudan about the management of the Grand Ethiopian Renaissance Dam (Gerd) and the exploitation of the waters of the Nile. At the diplomatic level, are there “tables” that worked better than others?
I will give you an example close to home. Thirty years ago we experienced some difficulties with the water quality of the Rhine. Pollution had caused serious problems to potable water supplies, which in our case gets mainly done thanks to superficial flows. Sometimes, we were not even able to treat it. There was no fish left and we were losing biodiversity. Together with Germany and Switzerland, the Netherlands created the International Commission for the Protection of the Rhine. An excellent environment for debate was achieved. We put all the issues on the table and thanks to such initiative, the measures taken upstream – by the Germans and Swiss – allowed us to enjoy good quality water downstream. As for Gerd, the situation at the moment is not looking good. However, it is likely that through international mediation, a solution will be found.

Are there limits to water management at all?
I have recently visited Kenya. In the dry lands of Sahel, there is less and less water and people are fighting little wars for water resources. Despite scarcity, intensive farming and floriculture are implemented, to the detriment of people living downstream. On top of it, there is climate change, which is speeding up problems. We clearly have to step in, but how? First, we need to guarantee a constant flow of water, and improve its collection while storing it underground. Second, it is necessary for upstream producers to limit their use of water while becoming more efficient. Third, at the government level, it is about a government’s choice for certain water-hungry crops. The management limit, therefore, is to bring challenges onto the table, making them clear and known to others through coordinating mechanisms, including water basins. A system perspective is needed, starting from the landscape, one that is managed by regional and national governments. To this end, in Kenya, we are working with a local NGO organising each year a camel caravan transiting through several communities, from mouth to source, to talk about water challenges to all parties concerned with a certain river basin. The composition of such crisis will not go through great summits, but through a thorough look into the whole system in order to find small-scale solutions.

If local solutions are to be implemented, what is the point of large summits such as that you are co-organising together with Tajikistan at the United Nations for 2023 or that just concluded in Dakar?
First and foremost, their purpose is to let water take centre stage again. We saw that climate change, mitigation, biodiversity, and international security are subjects able to bring governments together. And yet water – the most important issue at heart, – does not get the attention it deserves. Therefore, we Dutch people together with Tajikistan, are organising such conference. We want to bring back blue gold to the top of the diplomatic agenda. In this way, in addition to a bottom-to-top approach, impetus is given to one in the opposite direction.

Why organise the Conference with Tajikistan in particular? In April 2021 such Country clashed militarily with neighbouring Kyrgyzstan over the control of some water basins…
Well, we are organising it for this very reason. For Tajikistan, water is an existential reason, and this is why they are fully committed even at the United Nations level. Because it is a European country with a great and important delta located downstream, the Netherlands was also asked to be an organiser for the conference. This is why we decided to do it together. Kyrgyzstan, instead, although not amongst the organising countries, will definitely take part in the summit. In a nutshell, all Countries attaching a value to water and willing to be involved will be able to use such conference to bring their relevant issues to the table. China will also participate.

As for large conferences, Dakar hosted the World Water Forum in March 2022. It was not a UN format. What role does the private sector play in water diplomacy?
Some sectors – such as the chemical, mining and agricultural – have poor managing skills and often use huge amounts of water. So, in our programmes, we try to work in partnership with the private sector, with companies such as Heineken, Nespresso and Danone. Searching for those who are investing and taking seriously all the issues revolving around water is key. Such “champions” could play an important role and lead a change in the direction of water management by the private sector. We’ve also tried to work together with the financial market and NGOs by trying to influence institutional markets and investors. In particular, we are financing international NGOs such as Ceres and London-based CDP, dealing with putting pressure in order to introduce sustainable investments in the water sector and to fight climate change.

Many companies survive because there is enough water to sustain their consumption, but that will not always be the case in the future. Is there a tangible boundary between the need to implement solutions to keep production processes and the need to step in with Corporate Social Responsibility policies?
I will give you an example. We are working very hard with a large Dutch tropical fruit and vegetable importer. Avocado farming is a very important source of income, but it often occurs in a basin that is almost certainly bound to dry out. This aspect closely concerns Chile’s current water crisis. We are investing with this company that certainly feels it as both a responsibility and a threat to its business. We analysed the water system as a whole and are striving to come to joint conclusions and actions. The decision process, though, is about farmers, NGOs, water authorities and citizens. This approach should not be taken for granted. One could perhaps decide to import from a different area, such as Peru. But sooner or later water would run out even there. If a guaranteed supply is to be secured, then we need to act and invest in sustainability, with no shortcuts.

Are there any examples where such a policy did not work?
We have funded Nespresso in a rather large project in partnership with the Colombian Coffee Growers Association. Activities covered themes such as water quality, and water efficiency in the use of water for coffee plantations. Once the project was over, Nespresso did not renew its commitment. Have they supported the project through a budget devoted only to CSR? Perhaps. After all, a corporation such as Nestlé sources coffee from all over the world: Uganda, Ethiopia, and Colombia. Clearly, if one source of beans runs out, one only has to move to the next country. Indeed, there is still a very long way ahead. Too few companies are truly taking a holistic responsibility for water. Let’s take as an example large beer producers such as Heineken. They have a water strategy, but their attention is focused on guaranteeing water supplies for their brewery. They build wells and pumps left right and centre, but are they involved enough with the surrounding environment and community they have an impact on with regard to water resources? This is just one of the many examples of how the private sector is not taking full responsibility.

Download and read the Renewable Matter issue #40 on Water