Climate change: why activists are putting a premium on insurers 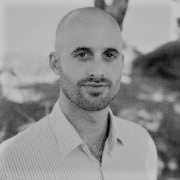 Small talk needs a new conversation starter. As weather events batter people, property and productivity from sea to rising sea, the physical reality of the connection between weather and climate change has become inescapable. From the freeze in Texas to the floods in Europe to the California wildfire smoke seeping into my apartment as I write this, recent events have me thinking about the professionals who think about physical risk most: insurers.
The ESG boom this year, and the war for talent therein, has centered largely on the power of debt and equity markets. How has the insurance industry positioned itself at this critical moment to accelerate the transition to a clean economy? ESG equity funds garnered nearly $9 out of every $10 invested in July. Though there is good reason to be skeptical of the significance of this data point given the lax regulations governing ESG funds and the poor alignment among the most prominent ESG raters, that’s still a lot of money chasing ESG-themed outcomes.
But the insurance industry has great potential to do what investors, regulators and others haven't been able to: price climate risk sufficiently high so that it changes corporate behavior and moves markets.

As Alex Wittenberg and colleagues from Oliver Wyman point out, "Through limiting coverage for certain assets or sectors of the economy, insurers have the ability to shift entire value chains," and "the underwriting portfolio can react much faster to a changing agenda than the investment portfolio, due to the annual duration of most insurance contracts."
Enter the Net Zero Insurance Alliance (NZIA), launched in July, a coalition with a potentially impactful mission. It is made up of eight of the largest global insurance firms, though no U.S. firms, which collectively are industry laggards on climate. The new group aims to use their power as underwriters to support the transition to a clean economy, and to do so by committing to transition their underwriting portfolios to net zero by 2050. This includes science-based intermediate targets every five years and independent reporting on their progress publicly on an annual basis.
Half of the eight founding insurance firms in the alliance are among the 10 largest in the world, and the impact that this coalition could produce by transitioning their underwriting portfolios to net-zero is significant. U.S. insurers need to follow suit.
But that may be starting to happen: A newly appointed sustainability professional at a U.S. property and casualty insurer, who asked not to be named, told me last week that, "We’ve been quiet on climate, but 2021 has changed the conversation for us and reaffirmed our commitment to and priorities in the ESG space."
The corporate sustainability space is one already saturated with conversation and commitments, and in desperate need of substantive action, so I’m excited to keep an eye on the NZIA and the U.S. insurance industry’s (hopeful) proactive response as we approach COP26 in November.

So far, the sustained activist and investor pressure applied to the largest institutions financing fossil fuels has not befallen the insurers that help make these projects financially viable, but that may be changing, too. What do those applying pressure on the industry want to see, and how is the industry taking action?
Insure Our Future, a campaign comprising environmental, consumer protection and grassroots organizations, has been leading the charge for the U.S. insurance industry to align its underwriting practices with its climate rhetoric. The campaign's list of recent advocacy wins is growing, and it seems likely that the increased scientific understanding of the link between climate change and the occurrence and severity of natural disasters will help sustain this trend.
The group’s demands aren’t new, but the findings of the latest Intergovernmental Panel on Climate Change (IPCC) report has given them added gravitas. The first demand, to "Immediately cease insuring new and expanded coal, oil, and gas projects," is a call echoed by the International Energy Agency (IEA), a group founded by Henry Kissinger in 1974 to provide a geopolitical counterweight to OPEC. It is not historically known to align with activist demands.

It’s clear that activist pressure can have impacts. Liberty Mutual, the third-largest property and casualty insurer in the United States, recently backed out of a new coal project in Australia — a project glaringly out of step with the warnings of the world’s leading scientific bodies — due to pressure from Insure Our Future and others. The company doesn’t seem ready to own up to this reality yet. As Liberty Mutual shared in an anodyne statement with me last week, "We have an important role to play in supporting climate resiliency through our risk management, underwriting and investing."
An important role to fill, indeed, the abdication of which has untold implications for investors. Recently, for example, Legal and General Investment Management, the U.K.’s largest asset manager, dumped AIG from its holdings due to the insurer’s lack of progress on addressing climate risk.
That’s just a taste of what’s coming. With the IEA’s fossil fuel diagnosis as wind in their sails, as well as recent pronouncements from the IPCC, pressure groups are homing in on the industry’s responsibility as underwriters. Lindsay Keenan, European coordinator for Insure Our Future, recently told the Financial Times, "The longer it takes for the insurance industry to get itself out of the firing line on this issue, the more attention it is going to get."
It’s not just the activists, of course. As Mark Carney, former governor of the Bank of England, shared on the Climate One podcast last month, "I view [insurance] as a faithful reporter of what's happening on the ground. What they won’t insure is a leading indicator of how bad things could get because it’s their job to think about that."
So the question the industry will be called to answer this coming year is: Will insurers cash in on the final dregs of fossil-fueled profits or use their "sustainability superpower" — to backstop corporate risk in service of enabling economic development — to accelerate the transition to a clean economy?

Foooood! Eating is a political act