Interview with Fabio Iraldo, author of “Beyond Greenwashing”

The greenwashing road is paved with good intentions, while that of circular washing – its latest and more treacherous evolution – is full of superficiality and inexperience. Yet, like never before, companies need good marketing on sustainability and circularity to stay competitive. How can we recognise the true circular economy then?
We talked about it with Fabio Iraldo, Professor at Sant’Anna di Pisa Management School and director of the Green Economy Observatory at Bocconi University as well as co-author (together with Michela Melis) of the book Oltre il greenwashing (Beyond Greenwashing) published by Edizioni Ambiente. 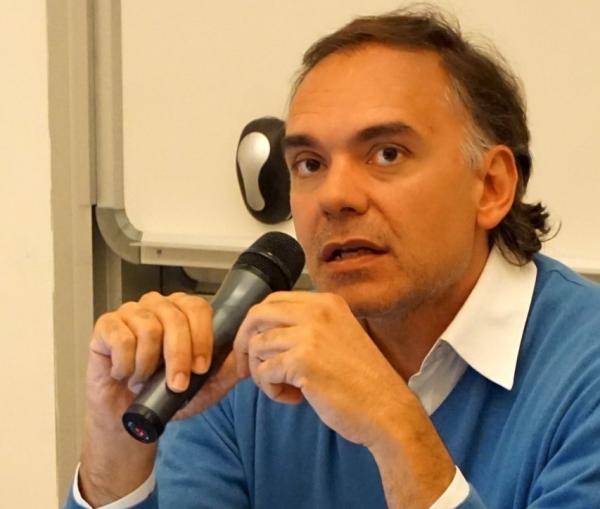 The first thing to point out is that circular washing is more deceitful than greenwashing because what normally is defined as circular isn’t always positive for the environment. Nearly all definitions of the circular economy highlight the fact that this model is aimed at minimizing the use of matter and making more efficient the use of natural resources in order to reduce the environmental impact of a product, a process or a company. So, the circular economy is always pursued with the aim of being beneficial for the environment. The problem is that we often tend to simplify. Nearly all players – companies, specialists, consultants and policymakers – instinctively define as circular what closes the circle, a product or a process that entails reuse, recycling or reduction of a material that would otherwise become waste. This meaning of circular is intuitive and immediately triggers the logic of saving. Unfortunately, though, most of the time, we forget about the second part of the definition, in other words, that the circular economy must be beneficial for the environment otherwise its fundamental element is missing.

I’ll give you a very clear example that luckily belongs to the past: paper recycling entailed the use of chlorine for deinking, but the process had such a big impact, due to flows drained into water bodies, that it eliminated the benefits of recycling paper waste.
I know I’m saying something a little “outrageous”, but unfortunately, in my experience, oftentimes, solutions, apparently very efficient from a circular economy point of view, turned out to have bigger environmental impacts compared to what they were to replace.

The truth is that we often like to point the finger at the bad wolf, but greenwashing, and even more so circular washing, are unintentional for most companies. Entrepreneurs really long for highlighting their products from a competitive point of view, it’s understandable, they have invested a lot of money, so they are looking forward to reaping the results. So, they rely on marketing professionals who, in turn, have little time and highlight what they see, what would seem logical. Unfortunately, though, the environmental impact of several circular economy solutions is neither immediate nor intuitive. Thus, companies must be provided with the tools to recognise what looks like the circular economy but is not good for the environment. And such tools, before playing a role in communication, must influence planning and production choices.

What are these tools?

I’m referring to Life Cycle Assessment (LCA), Product Environment Footprint (PEF, granted by the European Commission) or other systems employing similar frameworks. They are extremely efficient tools and companies should rely on experts who, using such protocols, provide robust methodological information with a good level of certainty on the fact that any specific innovation has a smaller impact compared to the previous version of a product or process. Obviously, there are cases where the LCA analysis can provide uncertain results, with too small improvement margins, but if the net benefit is significant, then the company can happily adopt the circular economy measure it had planned and communicate it with good reason.

There is also another option; that of relying on circularity level assessment systems, which, generally speaking, are softer than LCA and not purely quantitative. At Sant’Anna School we also devised a check-up tool of this kind; many companies have already implemented it. We must make sure, though, that such measures include environmental benefit and are very specific, calibrated on each industry and each sector.

Considering the new EU regulations on sustainable products, what is the risk for a company of doing greenwashing today?

The latest EC package of measures includes a proposal that will amend the two fundamental directives on advertising- Misleading and comparative advertising and Unfair commercial practices. These amendments, if introduced, will strengthen the already existing trend of the authorities regulating the market to pass laws on greenwashing referring to Community-level guide lines or private regulation (ISO 14021). What do these regulations say? Words must be used carefully and if a company uses them in a distorted way or over-emphasises them, it can be punished. The maximum monetary sanction can reach € 5 million as well as the compulsory withdrawal of the promotional campaign from the market, with the ensuing loss of all advertising investments and, in some cases, the ban to work with the public administration if such unfair practices occurred in public technical documents and tenders.

Can such heavy penalties perhaps have the opposite effect, i.e. what in your book you describe as “greenhushing?”

The risk of some psychological terrorism is real, so companies are currently afraid of communicating their sustainability measures, even when they are correctly implemented. But I believe that, with no exaggeration, it is fair that companies think twice before nonchalantly communicating the alleged or real environmental advantages of their products. Today, it is actually more difficult to find an ad that does not talk about sustainability rather than the opposite. The European Commission, before the end of the year, will release an initiative entitled Substantiating Green Claims: a paper outlining the precautions an entrepreneur must adopt before engaging in a green marketing campaign.

Many companies are already resorting to experts who work hand in hand with advertisers. It is only fair marketing experts carry out their job as creative experts, but it’s better with a Cerberus by their side – a specialist – telling them what they can or cannot promote in order to avoid being misleading. In fact, there are companies, such as Gucci, that have created their own committee of external experts to validate and orientate all sustainability claims.
The interesting thing is that similar practices do not apply to ‘normal’ advertising. Greenwashing is such a phenomenon that it is generating much more cautious reactions within companies compared to those that have historically occurred for ordinary advertising. The difference is that traditional advertising generally makes qualitative statements, and therefore hardly debatable, while a green claim relies or should rely on scientific data.

So, how can companies be encouraged to innovate towards circularity while communicating what they do?

We carried out studies which have been published in international scientific magazines, on a wide statistical base, showing that those talking about the environment in their ads and marketing and that are able to demonstrate what they are claiming, achieve far better results compared to competitors who do not do it. Those keeping quiet about it, i.e., greenhushers, are the worst, from a competitive viewpoint. The sad thing about it is that greenwashers, who from a competitive perspective are slightly better than those who keep quiet, are amongst them. However, today we can happily say that any company deciding to talk properly about what they have done for the environment and about what they intend to do while carrying out a campaign based on scientific data rather than on fake messages is certainly a company bound to have huge competitive advantages over all others.

Download and read the Renewable Matter issue #42 on Services for the Circular Economy.

What are Digital Twins and how they can help sustainability