Circular cities and the informal economy: Africa is now hungry for data

The spread of circular economy practices and principles in developing countries often runs up against the obstacle of a lack of data. The problem grows even bigger when working in informal contexts, as happens in most African cities and in the slums that surround them. Awareness raised in particular by the officers of the international network ICLEI – Local Governments for Sustainability, which, with the help of the ICLEI Circulars division, have launched a platform for circular economy in urban areas.
In Africa, where ICLEI's activity is focused on the cities of Nairobi, Accra and Cape Town, the pilot project Circle City Scan Tool has been launched: an open data platform to help formal and informal cities of the continent to accelerate the circular transition. An opportunity for the environment, but also for greater social equity.
We talked about it with Jokudu Guya and Solophina Nekesa of the ICLEI Circulars’ Africa Hub. 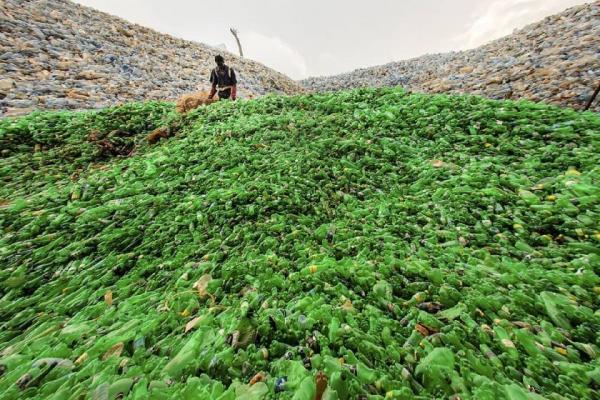 What kind of circular economy projects does ICLEI develop in Africa?
The ICLEI Africa team sees circular economy as an opportunity to support improved resource management while achieving social equity, improving urban governance and improving service delivery. As such, we have undertaken circular economy projects that respond to capacity building, understanding the concept of circular economy through African voices and experiences, and documenting circular economy initiatives in the African context.
These projects have included, among others, engaging with African cities on the Circle City Scan Tool Pilot Project as an opportunity to explore how a data-based tool can guide the development of circular economy strategies in such areas . As part of the project’s process, circularity case studies from Cape Town, Accra and Nairobi will be added to the tool to further showcase the different local circularity projects.
ICLEI Africa and African Circular Economy Network (ACEN), together with African opinion leaders from different institutions and programs, have started exploring what circularity means in metropolitan areas in their country through the Circular Economy in Africa Discussion Paper. The aim of the paper is to develop shared conceptualizations of circularity that resonate with the African context and can be applied there. In addition, we are collaboratively contributing to an African Circular Economy Opportunities paper with the Ellen MacArthur Foundation, which contextualizes circular economy activities and opportunities across selected thematic areas.
Lastly, ICLEI Africa, together with Nature of Cities, held a photo competition in 2020 titled Hidden Flows. Through the competition we were able to tell the stories behind the unseen, less obvious urban resource flows, infrastructure, and people. Underpinned by an urban metabolism framing, this virtual exhibition encouraged the conversation about resources, infrastructure and services in cities as an opportunity for measuring and tracking resource flows and how this qualitative data can potentially support decision making and policy generation.

Can we say that there is an “alliance” between informal economy and circular economy in slums and informal settlements? Can you provide some examples in the African cities where you work?
The relationship between the informal economy and the circular economy has emerged, not necessarily as an alliance but, as a mean for marginalized citizens to access goods and services. The informal economy in African cities addresses the need of the marginalized urban dwellers to access cheaper and more accessible goods and services: housing, food, water, energy, livelihood. Here people create their own spaces despite the slowness or, or even in the complete absence of, formal interventions from service providers. Through circular practices such as recycling, reuse, shared economy, and resource efficiency, informal dwellers are able to easily access basic needs, have means of supporting themselves and indirectly contribute to resource conservation.
For African cities, there is an opportunity to apply circular economy principles to emerging small and medium enterprises, many of which are in the informal sector. Advocacy for supporting small and medium enterprises is important, because in order to incorporate circular economy principles in our cities, we need to ensure that our small businesses are equipped to thrive. In order for a circular economy business in the informal sector to thrive, they’re going to need innovative and accessible finance and transaction solutions (the case of Mobile money in Uganda and Mpesa in Kenya, as well as micro-finance loans), skill-training and capacity building to support business development, and policies that support and legitimize informal innovations. 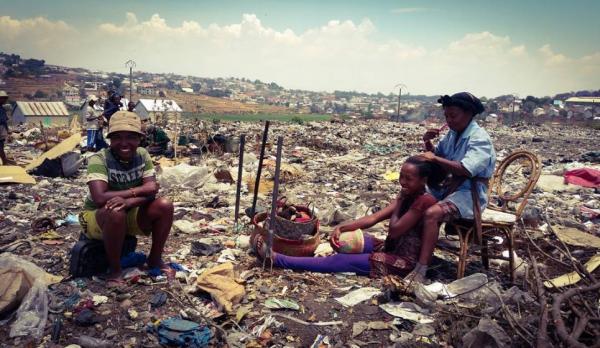 In how many ways an informal economy could be circular?
There are many ways. Among the areas where the informal economy becomes circular we can include the waste recycling and reclaiming sector (for example informal waste pickers in cities such as Johannesburg, Kampala, Cape Coast), the informal food traders, the second hand clothing markets, and the e-waste collection sector in Ghana and Nigeria.

Do you have any data and figures of the circular practices already implemented in Nairobi, Accra and Cape Town?
One of the major challenges that most African cities are currently facing is access to properly collected and shared data. Some cities, such as Cape Town, have made significant strides in investing in data infrastructure and process but still need support to understand the meaning of their data in a way that’ll help in the decision making process. Through the Circle City Scan Tool pilot project we have observed that cities still have limited ability to collect and analyze the data the tool requires. The tool provides data scaled to the metropolitan level based on national statistics. This has been helpful in giving a high level estimate of what the information we have says about each of the cities, despite the limitations of the available data. However, there is a need to explore other forms of qualitative data collection using visual tools such as photography (for example, the Hidden Flows photography competition) and explore further how to make sure the information we collect becomes productive.
Therefore, to improve their circular practices, African cities need further investment in data infrastructure. Capacity is needed to collect, store, analyze and disseminate data, and skills are needed to develop platforms for open and accessible data.

In your opinion, what can we learn from slum economy that could be applied to our future cities all over the world?
Through the informal economy, we can learn about enhancing limited urban resources, especially waste, according to the three circularity key principles: reuse, reduce and recover. The informal economy teaches us the value of resources by encouraging their efficiency in use, reuse and recovery through activities such as waste separation, waste picking, waste reselling and second hand clothing and electronic markets. We can also learn to add value to products by reusing waste materials to create new products, such as clothes, electronics, and building materials.
The existence and continued emergence of informal settlements emphasizes the need for future cities to be accessible in terms of access to livelihoods, goods and resources, especially for the marginalized members of society. The circular economy has the potential to improve urban resource efficiency and management while at the same time achieving social equity.

Find out more about the informal economy and the circular economy of slums: read the in depht-article  published on the Renewable Matter #36 - Circular Cities Issue.

For a more Sustainable and Traceable Olive Oil: Monini's Journey

Raj Patel: How to Cure an Inflamed World